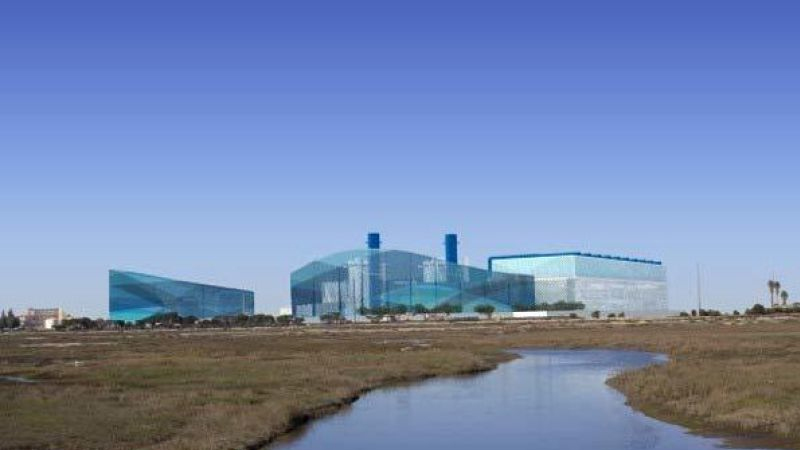 The new AES power plant near Newland Street and Pacific Coast Highway southwest of Ascon continues to test fire the gas turbines for the new Huntington Beach Energy Project. The test firing started on October 3. The first unit has completed the Steam Blow phase and the second unit will begin initiating “first fire”. Both units will be tested concurrently after the second unit completes test firing.

This is a visible activity for the power plant in southeast Huntington Beach—with noise and odor—and not associated with Ascon.

Update from AES: During this process, natural gas is combusted in the gas turbines to produce high pressure steam which cleans the main lines/pipes.

Yellow/Light Orange Plume: AES reports the yellow/light orange plume vented from the new stack is part of the commissioning process and is due to “oxides of nitrogen”.

More information about this activity at AES is available at www.RenewAESHuntington.com. The AES hotline is (888) 372-5633.